The IFN was formally incorporated in 1991, albeit it had existed informally since the 1980s as a platform of non-denominational and inter-denominational intercession and prayer mobilization for the fulfillment of Gods prophetic agenda for the nation.

Two men who began the IFN were Barr. Emeka Nwankpa and Engr. Steve Olumuyiwa, spiritual protegis of the late Pastor Sidney Granville Elton, an English Missionary, who came to Nigeria under the aegis of The Apostolic Church in 1938.

Pa Elton as he was fondly called will be remembered as the one who taught Barr. Emeka Nwankpa and his friends, (during their University years), the first principles of Praying for their Nation of Nigeria.

They began to practice it as a duty, but later it became their life passion and dedication. Mention must also be made of a meeting at the Polytechnic, Ibadan in 1983, during which God spoke through two missionaries to Barr. Emeka Nwankpa and Engr. Steve Olumuyiwa, stating simply Raise Intercessors for Me. The scope and mandate of this prayer movement had grown over the years.

After receiving this message, it became clear that the Lord wanted them to train intercessors in a systematic way all over the nation and at every level. They began to ask the Lord questions about our nation and the church. The answers He gave them formed the foundational bedrock of what have been imparted to countless intercessors in the Nation and beyond.

As the work grew over time, the leadership was enlarged with inclusion of the persons of Dr. Kole Akinboboye, Engr. Ntiense-Ubon Israel and Dr. Uduak Udofia into the National Leadership. Each of these men with their wives brought unique gifts, help and sacrifice needed to build the IFN to what it is today.

Currently, IFN has Houses of Prayer all over the Nation.

Bible Verse of the Day

Great is the LORD and most worthy of praise; his greatness no one can fathom.
Psalm 145:3
DailyVerses.net 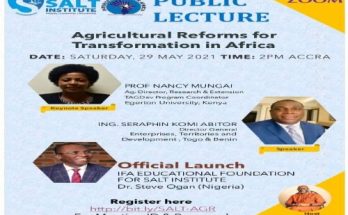